2018 was a year of reflection, success, failure, love and loss.

For most of us, 2018 was, frankly, a general shitshow. The World finally went mad, Donald Trump managed to stay president, and the Internet crashed… a lot.

England was ready to win The World Cup… and then, didn’t. We had a Royal Wedding that put every single other wedding to shame. And, was it Yanny or Laurel, after all?

However, this post isn’t to discuss 2018 in general. It is to drop a little bit of hot tea on what I learned this year. And I’m not holding back with this one.

Tinder may have been one of the weirdest experiences of my life. 99% of the things said would not have been said in person. And if you think they would, you are greatly wrong. Harassment does not even describe the way that some people acted on that app. It was like dating was some huge competition that everyone was in, and only one person could, ultimately, win.  No, Paul from Southampton, I do not want to sit on your face. Thank you for the ever so… gracious… invite, but I much prefer to sit on my sofa.

Bitch is no longer an insult for me.

I have been called a bitch a hell of a lot. Every single time, I felt so offended and so hurt by this comment. In 2018, I finally learned that bitch is not something I should feel offended by. I learned to reclaim that word and understand that most of the time it is used to bring down a woman who is speaking her mind. I learned to stop making myself quiet so others would like me. Bitch became something I learned to no longer hate.

Calling myself a Feminist no longer scares me.

For the past couple of years, I have kept my feminism beliefs a little bit hidden. Due to a previous relationship, that made me feel like I had no cause to believe in, I kept it a bit quiet. However, a dickhead of a boy at the end of 2018 (we’ll call him dickhead for anon purposes and other obvious reasons)  made me feel small for calling myself a feminist. So, after dealing with him, I decided that I was no longer going to hide, and if I had a strong belief then I should talk about it. From the beginning of 2018, I have never stopped discussing feminist and finding others who feel the same way as me. 2018 really helped me to grow into a better woman.

2018 had a lot of waiting involved. I was waiting for a lot of things, and many of those things actually happened. I’m not some kind of cliche, but the best things come when you least expect them, and they take time. You can’t hurry something if you want it to last. You can’t have everything in 2 minutes. Life may seem like one big waiting game, but good things are going to come one day.

You have to accept responsibility for yourself.

Sometimes, I am wrong.

I don’t like to be wrong… who actually likes to be wrong? It feels like the most humiliating thing ever. Growing up feeling like I could not succeed or achieve things, because I wasn’t smart enough or ‘one of’ the smart kids, I tend to feel a bit defensive if I get something wrong. I’m trying to work on understanding that sometimes I’m wrong, and it doesn’t mean I’m stupid, failing, or can’t do something. It means I apologise if I said something wrong. It means reading up or trying again, until I get it right. It means I try again, and I try again, and I don’t give up until I get it right. 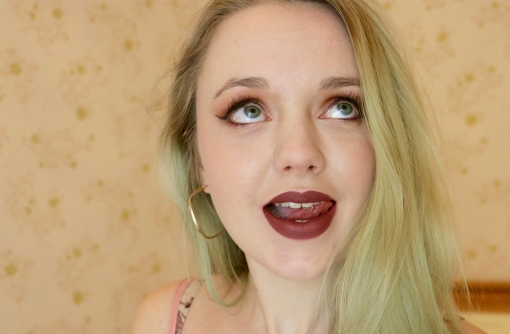 Older friends tend to be the best.

I don’t mean this as people who are older than me, I mean friends who you have known for years. They know things about you that maybe you’ve forgotten. These are the kinds of friends who you can text one week, leave it two weeks and then see them again. The kind of friends who will always have your back. They don’t need constant updates every second, but when you meet up with them you just feel whole again.

You do not owe anyone anything.

Okay, maybe I touched on this subject in a humorous post, but something I have learned is that you don’t owe anyone anything, and they do not owe you anything. There are certain boundaries I found crossed this year, and I found myself in one hugely uncomfortable position that makes me feel disgusting to this day. Stop pretending that men and women owe each other things. You certainly do not owe them a kiss on the first date, an excuse for not wanting to see them again or any kind of sexual details. We don’t owe anyone anything, and it’s time we knew that.

Being single is not the end of the world.

In fact, it was pretty cool… and I loved being single, but where I am now is making me really happy. Everyone complains about being single, however I really enjoyed it. Take the time to understand yourself, repair the hurt in your heart from your past, and make room in your heart for someone else. 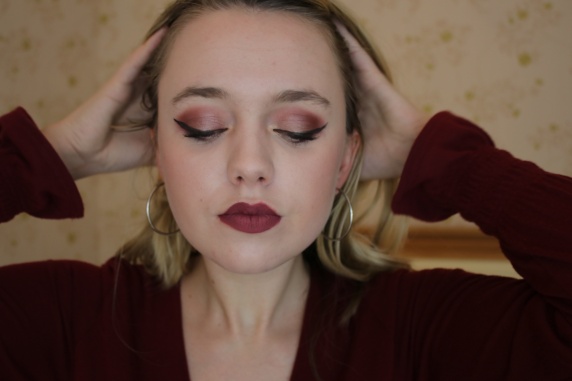 My chronic pain does not define me.

It is not a label or something that I will let impact how people see me. I won’t fail because of it is and I will deal with it. 2018 taught me that it is not going away, and some days I may hurt so much I am crying, but I will deal with it because I am strong. I can do this.

I am my number 1 priority.

No matter what happens, you have to learn to put you first. I stopped putting myself first for some of 2018 to impress other people, but then I learned that it really impacted my mental health and the way I saw myself. People can either accept the way I am, or they can walk away, but I will always put myself first. Losing yourself is the worst thing that can happen.

I wish someone had told me the GDL was stressful as hell before I started it. It was the most stressful months of my life, but it finally paid off when I received the certificate a few months ago. I felt so much relief wash through me when I completed it because I had worked so damn hard. Every type of studying can be hard, but you have to put your mind to it. Motivation was one of the key factors to me passing. I wanted to give up so much, but I kept on going.

Put your energy into things that matter.

I have wasted too much of my time putting my energy into things that I shouldn’t have. And, we all do this. How many times have you said you were done wasting your energy on terrible things? And then carried on wasting your energy. 2019 is going to be the year of good energy, good things and good times. We got this.

Thanks for reading, and let me know what you thought!